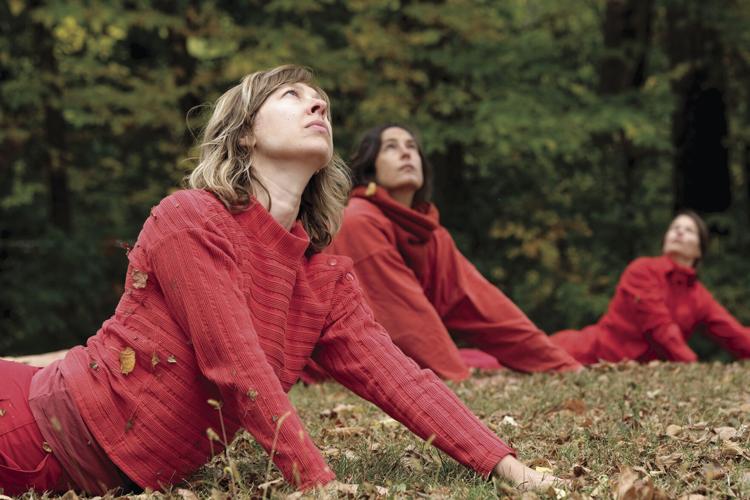 Bicyclists along the North Cedar Lake Trail may hear some unusual sounds emanating from felt mushrooms and newly placed birdhouses if they pass by the afternoon of Saturday, Oct. 8.

Composer JG Everest will present his Fall Sound Garden from noon to 4 p.m. at Texa-Tonka Park, a quiet spot at 2750 Virginia Ave. S. that is home to the lilypad-laden Lake Victoria.

Everest, who won a St. Louis Park Arts & Culture grant for a series of workshops and the sound garden, plans to conceal about 70 small speakers in the park that will be approximately synced up to play his music. Additionally, a Free Range Orchestra of live musicians will play instruments as dancers interpret the sounds.

Signs throughout the park will showcase visual art reflecting nature at the park and will provide poetry from a prior workshop.

Everest described the sound garden concept as a concert through which listeners can move.

The event will be self-guided, Everest said, who noted there will be no stage or central site for the music. Rather, the music will envelop listeners as they meander.

The speakers will all play the same music but with individual parts. Everest compared the idea to violinists in an orchestra playing slightly different parts of the same song.

The sections of his music are loaded onto second-generation iPod Nano devices and plugged into small speakers concealed in items meant to fit into the scenery of the park. The music is intended to accompany existing sounds like the sound of leaves blowing through the trees. Everest suggested that people take some time to let the music sink in, like they would immerse themselves in a hot bath.

“The longer you’re in it, the more you hear,” he said.

Inspired by the “water is life” mantra used in protests at the Standing Rock Sioux Reservation in the Dakotas, Everest wrote a water suite with four parts, each for a different significant body of water in Minnesota. Since then, he has written soundtracks for the sound garden events specific to the seasons in which they take place. The songs are written to accommodate improvisational accompaniment by the live musicians as well as the occasional live bird song. The music is intended to create “opportunities for serendipity” with natural moments like geese flying overhead, a squirrel running up a tree or light hitting a tree at a certain angle, Everest said.

Artist Caroline Keefe created many of the items housing the speakers, including shelf mushrooms, toadstools and felt pods that resemble nature, like birch branches. Sculptor Jim Proctor, who led one of the workshops leading up to the event, works with natural items like tree branches and pine cones to create unique art to add to the ambiance. Poets Chavonn Shen and Lisa Yankton helped guide community members in creating poetry for the event while Everest led a workshop on composition, with participants in it able to join the Free Range Orchestra. Wind chimes in the key of the recorded songs will also add to the experience.

“I think a big part of my intention is to create a meditative, reflective opportunity for people to, like, slow down and connect with a particular place,” said Everest, who said he hopes that the sound garden will help people who may visit the park frequently to notice aspects of it they may not have noticed in the past. “I just wanted to create something where you could really be there – be there with the water and be there in the habitat that the water is supporting.”

He added, “The nature in the park is the show.”

Ahead of the main event, participants in workshops undertook guided nature walks, two of which were led by Westwood Hills Nature Center interpretive naturalist Greg Feinberg. Along the way, they observed wildlife like great blue herons and trumpeter swans that have made Lake Victoria their seasonal home.

“It’s unbelievable how much waterfowl is there right now because it’s the migrating season,” said Everest, ticking off species like Canadian geese, green herons and wood ducks.

Everest said leaders of the Oct. 8 event worked with the St. Louis Park Historical Society to research the history of Texa-Tonka Park, such as its proximity to a former rail spur that now hosts the trail. Some of the photos on display will reflect the park’s history while others will focus on the nature currently abundant at the park.

There is no cost to attend the event, but registration is provided online. If weather is severe, the event may be postponed until Sunday, Oct. 9. 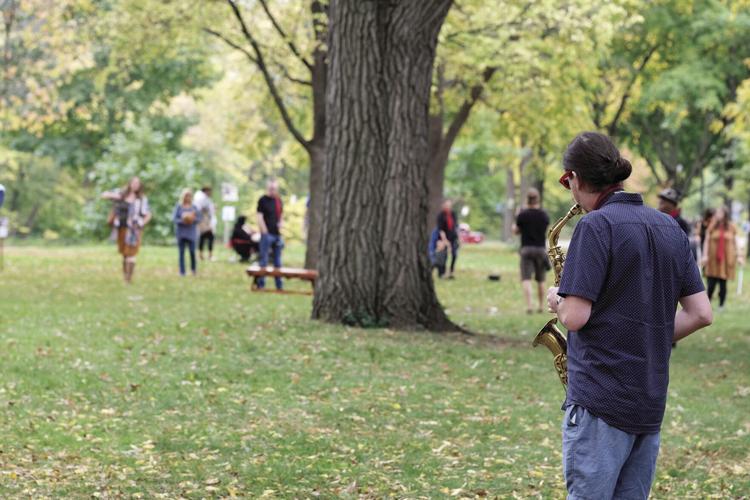